Modality is a semantic category in which speakers express their attitude and commitment towardcommunicated propositions. It belongs to the interpersonal metafunction. Modality can be deontic or epistemic and is most obviously manifested in modal verbs. In deontic modality speakers expressobligation and permission. In epistemic modality speakers express degrees of certainty. The ideological significance of modality is that it ‘suggests the presence of an individual subjectivity behind the printed text, who is qualified with the knowledge required to pass judgement’ (1991:64). Modality is therefore ‘an important part of the practices by means of which claims to authorityare articulated and legitimated authority is expressed’ (Fowler 1985: 73)[1]

Student must submit assignment on time. The word must indicates power of the speaker that student must obligate the statement.

The set of forms belonging to a particular word-class or member of a word-class. A paradigm can be thought of as a vertical list of forms which can occupy a slot in a syntagm.

The term US and THEM is categorizing people

The study of language in use in interpersonal communication. Apart from the purely linguistic approach there is a philosophical type of pragmatics, as developed in the late 19th century by American philosophers such as William James and Charles Peirce.[4]

Could you land me some money?

The word could you is pragmatic.

Any information which is taken for granted in a discourse situation, for instance the sentence “did you enjoy your breakfast?” Assumes that the speaker already had breakfast.[5]

A grammatical word which occurs in conjunction with a noun or phrase and which expresses the relation it has to other elements in a sentence. In an analytic language like English prepositions play a central role in the grammar.[6]

The sun is shining contains the proposition that ‘the celestial body at the center of the solar system is casting its light directly on the surface of the earth’ and in any given situation this statement is either true or false.

Any term which serves to indicate an amount such as all, some, a few, or the set of numerals in a language

Denotation, extension; in the simplest cases, the relation between a syntactic phrase such as a DP and an individual or thing in the real world[7]

Mr. Husen’s laptop is one of the most expensive. It is made by Japanese company

It refer to Mr. Husen’s laptop

A style level in a language. When we speak we automatically locate ourselves on a specific stylistic level. This can vary depending on the situation in which we find ourselves. For example when talking to the postman one would most likely use a different register than when one is holding a public address.

The way in which something (the world, human behaviour, a city, the landscape) is depicted, recognizing that this cannot be an exact depiction; an important insight from poststructuralist thinkers is that representations not only describe the social world but also help to shape or constitute it

The study of meaning in language. This is an independent level and has several subtypes, such as word, grammatical, sentence and utterance meaning.[8]

“Go!” even though only one word but it contains many meaning.

Is the study and interpretation of texts in regard to their linguistic and tonal style. As a discipline, it links literary criticism to linguistics. It does not function as an autonomous domain on its own, but it can be applied to an understanding of literature and journalism as well as linguistics. Sources of study in stylistics may range from canonical works of writing to popular texts, and from advertising copy to news, non-fiction, and popular culture, as well as to political and religious discourse.[9] 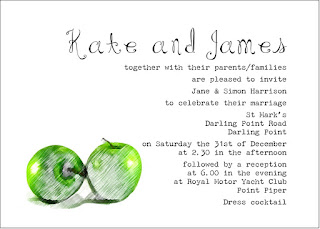 In this illustration, the style is wedding invitation.

Traditionally synonymous with the written page, but now used more broadly to include a range of forms, such as music, paintings, photographs, maps, landscapes (and even institutions) as well as the written word[10]

the logo is also a text.

The Introduction of English Pronunciation